Is Netflix getting a live-action Zelda series? 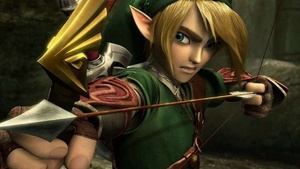 On Friday, the WSJ had a very interesting piece for gamers, claiming that Netflix is working on a live-action television show based on the hit "Legend of Zelda' series.
The show would be about a young boy named Link who must rescue a princess named Zelda in the fantasy word of Hyrule. Netflix even allegedly suggested the show was "Game of Thrones" but for a family audience.

Netflix is actively working with Nintendo but is still seeking writers for the show. The first 'Zelda' game was released by Nintendo in 1987 for the NES and there have been nearly 20 other since. It remains one of Nintendo's most popular franchises.

Neither company would confirm or deny the rumor, but it has certainly gotten the gamer community excited.

Source:
WSJ
Tweet
Tags: streaming Nintendo The Legend of Zelda Netflix
<Report: The record labels continue to leech all the money that should be going to artists, songwriters >Amazon creates Kindle conversion software to turn your books into e-books
Previous Next Write a comment
Comments have been disabled for this article.