Recent headlines | End of an era: iPod discontinued - the device that revolutionized music industry
AfterDawn > News > Microsoft discounting the Xbox One with Kinect

Microsoft discounting the Xbox One with Kinect 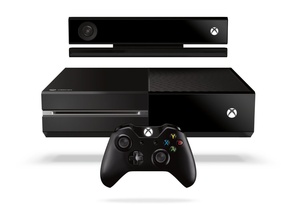 Microsoft has announced that its Xbox One console with Kinect will be discounted for the coming weeks.
"For two weeks, starting Sunday, Feb. 8 through Saturday, Feb. 21, fans will receive $50 off any Xbox One with Kinect in the U.S. at most major national retailers, including Amazon, Best Buy, GameStop, Target, Toys R Us and Walmart, as well as Microsoft Stores," says the company.

For the past months, the Xbox One without the motion control system has been on sale for $350 or less, but it has been hard to find sales on the Kinect model.

If you were in the market for the Xbox One but want the gesture and voice control of the Kinect system, this might be your chance.

Source:
Microsoft
Tweet
Tags: Kinect Sales Microsoft Xbox One
<EA: Your tablet will be more powerful than your home console by 2018 >Samsung puts a massive investment in the future of OLED
Previous Next

But here is what is stupid.

You need the kinect in order to navigate the o.s correctly without it it is a pain in the a%% to navigate by doing this they are effectively going to kill the kinect when during the holidays microsoft saw record kinect sales up 50%

I suspect you've misinterpreted the article mega,the $50 discount is for the kinect bundle not the stand alone,unless i've missed something

I knew this B.S. offer was going to be 50 bucks off before I even read the article. F'ing MS!!

Make it 20% to legitimately interest the consumer.