Recent headlines | Now it pretty sure: Windows 11 will replace Windows 10, Win10 support will end in 2025 1
AfterDawn > News > Rumor: Next Nexus devices to be built by Huawei

Rumor: Next Nexus devices to be built by Huawei 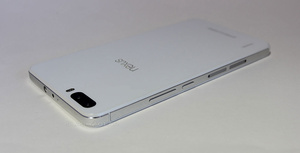 According to new sources, Google is considering partnering with Chinese OEM Huawei for the next Nexus flagship devices.
Every year, Google launches a Nexus smartphone and a Nexus tablet, each serving as reference devices for the latest iteration of Android. For 2014, Motorola built the Nexus 6 and HTC built the Nexus 9 tablet.

Neither Google nor Huawei has confirmed the rumor.

Despite being unknown outside of China, Huawei brought in nearly $12 billion in revenue last year from Android smartphone sales.

It will be interesting to see which way Google decides to go for 2015.

Source and mockup image:
SlashGear
Tweet
Tags: smartphone huawei google nexus
<Take a look at the waterproof Sony Xperia M4 Aqua >Uber got hacked -- in May of last year
Previous Next
Comments have been disabled for this article.