Halo 5: Guardians will launch on Xbox One on October 27th 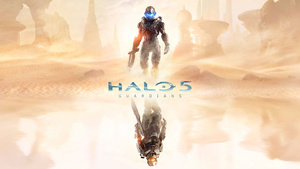 Microsoft has announced that Halo 5: Guardians will be released for the Xbox One on October 27th.
343 Industries studio head Bonnie Ross also added a little background about the game, noting it deliver "epic scope and scale and drama," while expanding and changing the existing Halo universe.

"We wanted Halo 5: Guardians to be the game that pays off the epic promise of the Halo universe in scope and scale and drama," Ross said. "We want to amaze players with the sheer size of the worlds and battles they'll experience, even as they question everything they thought they knew about its heroes, marvels, and mysteries."

Still don't know what he/she looks like under the helmet.