Last year, Logitech released the waterproof, Bluetooth 'Keys-To-Go" keyboard for iOS devices and it quickly became one of the company's most popular products.
Today, Logitech has announced that they are releasing a version of the keyboard that will work with Android and Windows devices, significantly increasing the potential userbase.

"The keyboard's thin and light form makes it easy to slip into your purse, beach bag or coat pocket without taking up precious space or weighing you down. The Logitech Keys-To-Go is wrapped in a water-repellent FabricSkin that helps protect the keyboard from spills and dirt, so it easily wipes clean and survives drops. It's durable enough for a variety of situations – indoors or outdoors," says Logitech.

The respective boards will also include a row for Android and Windows shortcut keys, just like the iOS keyboard had. The boards also comes with a portable stand making it easier to type on smartphone, which is held in an upright position. You can see more pictures below.

Logitech's latest will cost $69.99 and ship this month.

Check it out here. 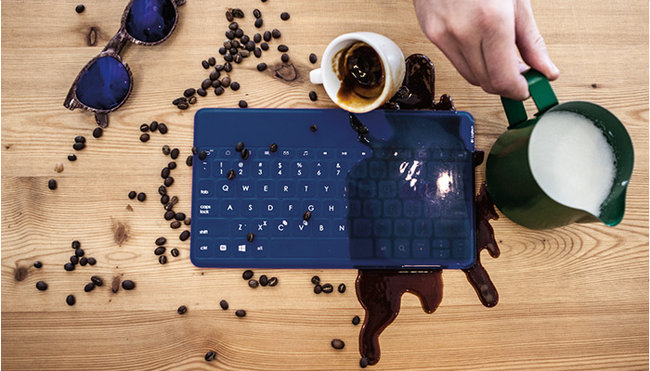