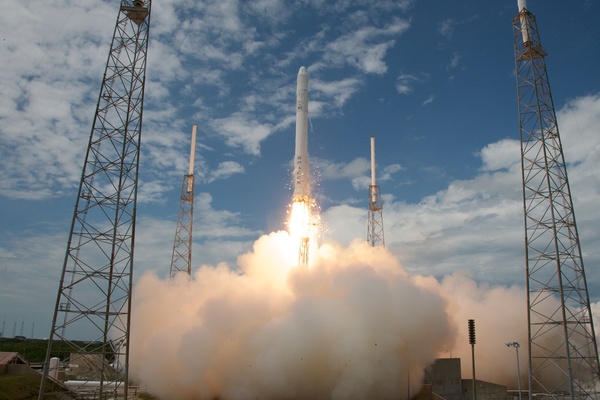 SpaceX, Elon Musk's rocket company, has just a released a great 2 minute video of its Falcon 9 rocket launch in crisp 4K resolution.
The 'supercut' has slo-mo footage, HDR footage and any angle you could imagine of the rocket.

SpaceX is launching another Falcon 9 next week, delivering cargo to the International Space Station and then trying to land on an autonomous drone ship out in the ocean although it has failed to land safely the last two attempts.

Check the video below:

Cool! I really wish space was technologically more accessible to us.

I will say though that building a launch pad on the moon is our best option. The most difficult and expensive and energy expending part of space travel is GETTING OFF THIS PLANET.