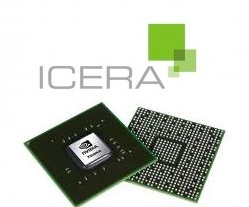 Nvidia has announced they are winding down their Icera division, the team responsible for developing LTE modems.
The company purchased Icera in 2011 but was never able to compete with market leader Qualcomm, and more recently even with MediaTek or Intel.

Initially, Nvidia had a goal of integrating their own Icera modems into the popular and powerful Nvidia Tegra processors, but only one such hybrid exists - the Nvidia Tegra 4i - and it never made it to any device worth mentioning.

The company purchased Icera in 2011 to engage the smartphone revolution with a leading integrated application processor and modem platform. Since then, the company has reshaped its strategy to focus on high-growth opportunities in gaming, automotive and cloud computing applications like deep learning, where its visual computing expertise is greatly valued.

The Icera 4G LTE modem meets the company's needs for the next year or more. Going forward, the company expects to partner with third-party modem suppliers and will no longer develop its own.

R.I.P Icera, we barely knew you.

Tweet
Tags: Smartphones 4G LTE Nvidia Icera
<Android Lollipop movin' on up as it nears 10 percent share >Microsoft seen as suitor for Salesforce
Previous Next
Comments have been disabled for this article.