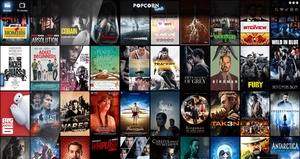 Controversial 'Netflix for Pirates' services under the Popcorn Time banner are facing further blocking at the hands of a court.
This time the service is being targeted in Israel, where media firms have acquired a court order mandating that Internet Service Providers block access to Popcorn Time websites. The complaint was brought to a court in Tel Aviv by ZIRA, which represents content owners in Israel and elsewhere.

Around the world, Popcorn Time is being fought by targeting the websites that host the applications. Not only are these websites devoid of any copyright infringing material, but they don't even host torrent files or even link to torrent files.
No Legitimate Use

The position of media companies objecting to this "free Netflix" app is that it has no legitimate use. Its sole purpose instead is to act as user-friendly graphical frontend for users to download movies and TV shows using BitTorrent and watch the content as it downloads.

BitTorrent clients on the other hand can be used for legitimate purposes, and so there has been no major push to attack the main websites of Vuze or uTorrent, for example.

Users running Popcorn Time may also leave themselves open to legal consequences, depending on the law. Just because the app looks nothing like a complicated BitTorrent client, doesn't mean downloading can't be tracked in the same way.

This week also saw another move in the evolution of Popcorn Time, with the appearance of a web-based version that works solely in a modern web browser. Of course, the service didn't last long but it appears to have been brought down under heavy traffic resulting from massive media coverage, rather than by legal action. 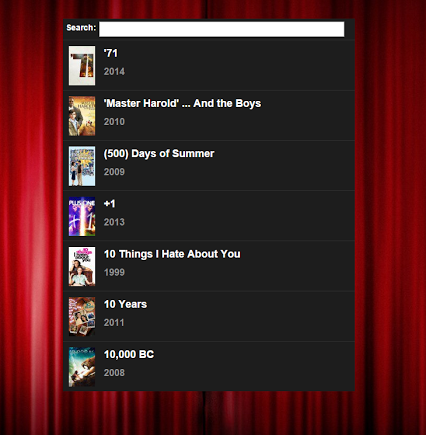 "Popcorn in Your Browser is no more. It relied on the free trial of remote torrenting service Coinado.io, which I used to stream YIFY torrents to an HTML5 video tag. This site went viral and seems to have completely overwhelmed Coinado's servers, who in turn promptly discontinued the free trial. :-) It was fun while it lasted - cheers!" a message on the site reads.

Briefly, however, it was possible to search for and watch many film, including new and unreleased titles. It wasn't perfect with video loading or playback, but it certainly will have caught the attention of copyright holders and the firms that do their anti-piracy dirty work.

After all, what is easier than simply loading a webpage and clicking on a film title to view it?

We would expect that domains providing access to such simple piracy might not last long, but will the dark web make services like this much harder to shut down? Was popcorninyourbrowser.net a taste of the future of Internet piracy?

This program is a plague. I used to use then no more after finding 2 specific trojans in each of the 3 instances I installed this program on a computer and getting a DMCA notice from ATT Uverse for downloading "Selfie"......funny thing is the show had been cancelled the week before.


Use this program at your OWN STUPID RISK!!!

Originally posted by hearme0: This program is a plague. I used to use then no more after finding 2 specific trojans in each of the 3 instances I installed this program on a computer and getting a DMCA notice from ATT Uverse for downloading "Selfie"......funny thing is the show had been cancelled the week before.

Use this program at your OWN STUPID RISK!!!

You are always quick to shutdown Popcorn Time with the issue you had of getting caught by your cable company. How is that Popcorn Time fault, it's your fault!! You choose to use AT&T U-Verse as part of your Cable Internet subscriber and it was your fault for not using a VPN or 3rd party application to hide your IP Address. You knew the risk of using this application, but you disregard them and blame others. If you want to go legit, subscribe to Netflix or Hulu Plus.

Now your story has changed from your previous 3+ postings on this forum, you never mentioned about "trojan viruses" and only referenced your wife wanted the movie "Selfie" from Popcorn Time and you got caught. Do you work for the DMCA, is that why you constantly put down the application by going on a rampage using scare tactics so people don't use the app? (sarcasm)

I have never seen any issues like you mentioned. I would presume you would not have random sex with people without a rubber, the same should be for viewing/downloading illegal content without protection for your IP Address information.
Comments have been disabled for this article.