Apple Music will stream at 256kbps - lower than rivals 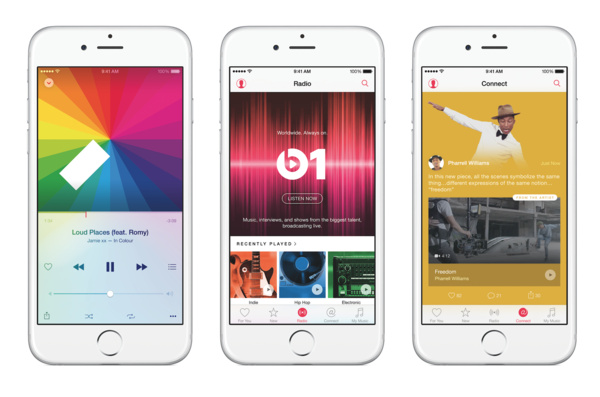 Apple has confirmed that Apple Music will stream at 256kbps, lower than the industry standard 320kbps for premium subscribers.
Spotify, Google, Tidal and even Beats Music before it was acquired all streamed at 320kbps but Apple has long offered their tracks via iTunes in AAC format at 256k.

That being said, the difference between the two bitrates is usually not noticeable unless you are using professional audio equipment, but let's face it, most Apple Music subscribers will be using an iPhone and a set of Apple headphones.

Of course, the lower bitrate will also lead to somewhat lower data consumption, which is always a positive with tiny carrier data plans.

I'm certainly no "Apploid" but AAC is just about always superior to MP3 or MWA at the same bitrate, and often far lower.

"Lower bitrate"? 256kbps AAC has just about as much data loss as a 320kbps MP3 -- and at a lower filesize, so the streaming would be even faster. 320kbps AAC is practically comparable to lossless codecs. I can't help but say the author is terribly misinformed.

My music doesn't stream, it's EXACT CD audio quality since it's in FLAC format, and I get it for FREE.