Recent headlines | Thousands of American companies have broken EU law for the past two weeks
AfterDawn > News > E3 Video: Agent 47 is back for new Hitman game

E3 Video: Agent 47 is back for new Hitman game 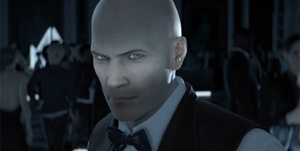 Square Enix and IO Interactive announced the release date for the upcoming Hitman game, as well as some additional details.
The series will re-launch on December 8th and the game will get new content over time, similar to how episodic games are now released.

IO says gamers will get new assassination contracts and new locations but many will only be made available for a very limited time and you will only get one chance to complete the contract.

The entire storyline will "conclude in 2016" which means you can expect to be playing the game for a while.

Hitman will be available on PC, PS4 and XBO.

Tweet
Tags: console E3 Hitman
<E3 Video: Uncharted 4: A Thief's End is the next blockbuster >E3 Video: The boys are back as superheroes in 'South Park: The Fractured but Whole'
Previous Next
Comments have been disabled for this article.