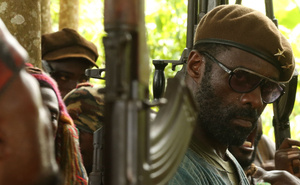 Beasts of No Nation is already being billed as a possible Oscar contender, starring Idris Elba telling the story of a child soldier fighting in the civil war of an unnamed African country.

Pee-wee Herman is back with "Pee-wee's Big Holiday," scheduled to debut in March 2016 followed by Crouching Tiger, Hidden Dragon: The Green Legend, which will be released in IMAX theaters and Netflix sometime in the Q1 2016.

Source:
Netflix
Tweet
Tags: Netflix Beasts of No Nation
<Microsoft puts a hundred Xbox One, Xbox 360 games on sale >Apple to ramp up production of new iPhone to record levels
Previous Next

My, my, Netflix is pretty much undeniably a real-deal "network" now. More power to 'em.