HTC cancels its 'Grip' fitness band before it ships 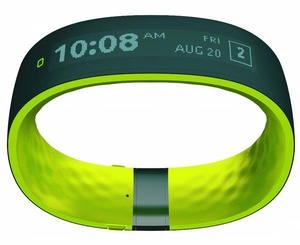 Back in March, HTC and Under Armour announced a fitness wearable, the Grip, which it had planned for release sometime during the spring.
Here we are well into the summer months and there is still no release of the Grip, but we finally have word from the company as to why. HTC says the company has "decided to align Grip with the entire product portfolio for health and fitness launching later this year" after "extensive wear testing and user feedback."

What that means most likely is that the original Grip that was unveiled is dead but an improved model is coming in a few months.

The original was GPS-enabled, used Under Armour's 'UA Record' interface to track workouts, runs, pace and steps and had five total sensors, excluding a heart-rate monitor.

Source:
Engadget
Tweet
Tags: HTC Wearables Under Armour
<Microsoft Cortana for Android will be official later this month following leak >Symantec says spam is now under 50 percent of all emails sent for the first time since 2003
Previous Next
Comments have been disabled for this article.