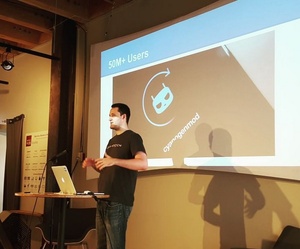 Cyanogen now claims over 50 million users, compared to under 40 million for BlackBerry and Windows Mobile. Windows Phone on the other hand, has near 80 million users and is the third largest mobile OS on the planet.

Regardless, the milestone is huge for Cyanogen as the company looks to disrupt the Apple/Google monopoly that has become the smartphone industry.

Source:
Cyanogen
Tweet
Tags: Mobile OS Cyanogen
<Google will bring back Android One platform starting in India >Ubuntu Touch-powered BQ Aquaris now available in the U.S.
Previous Next
Comments have been disabled for this article.