Creator Shigeru Miyamoto reveals which myths about Mario are true 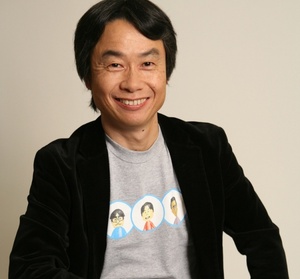 As part of the 30-year anniversary celebration of the launch of Mario, creator Shigeru Miyamoto revealed which myths about the classic games are true and which are not.
The new video, which also promotes the upcoming 'Super Mario Maker,' has Miyamoto basically shaking his head yes or no to a bunch of urban myths about Mario that have been around for years but never confirmed.

Finally confirmed is how Mario's name came to be. Nintendo of America was leasing a warehouse from a landlord named Mario Segale in the early 80s (before Donkey Kong and Mario) and actually fell behind on rent. Segale granted them extra time to pay and out of gratitude Mario the character got his name.

Additionally, it has long been speculated that Super Mario Bros. 3 was really a theatrical performance, and Miyamoto confirmed that. Finally, Miyamoto also notes the he is the mom of Bowser Jr., the son of the monstrous Bowser. How that works, who knows.

The video is short and worth watching:

Tweet
Tags: Nintendo Mario Shigeru Miyamoto
<Sony Pictures considered buying Netflix, BitTorrent back in 2006 >Microsoft is downloading Windows 10 to your eligible PC even if you don't have space for it or want it
Previous Next
Comments have been disabled for this article.