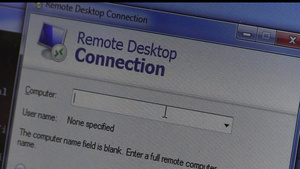 Are you one of the estimated 3.3 million Americans caught up in this common scam this year?
If you haven't been targeted with it, you likely know friends or family who have been. It is simple, but very effective and common enough that Microsoft feels the need to educate the public about it.

It would work something like this: You receive a phone call from an unknown or blocked number, and a polite sounding person on the other end is revealed as an employee of Microsoft, calling to inform you that your PC or other device has been compromised with malicious software. The polite employee then offers to help.

At this point, you may be asked to follow instructions that will either take you deep into your operating system settings, or to a webpage where you can download a client that will allow this nice person to fix your problem for you. The software will allow the other person access to your computer.

After this point however, things will likely take a clearly suspicious turn as you will inevitably be enlightened on the fee you will need to pay for fix the "problem". It would not be uncommon for your device to be locked at this point until you pay the fee, and unfortunately a lot of people do pay up. So many pay up, in fact, that Microsoft predicts that tech support scams of this nature will hit an estimated 3.3 million Americans this year, and generate $1.5 billion for the scammers.

It should seem obvious, but an apparently large number of people are willing to trust the cold caller in this case. They shouldn't - Microsoft and other large tech organizations are never going to cold call customers and offer tech support.

Personally, I have encountered this scam three times. The first time was when I was cold called by a man with an Indian accent claiming to work for a Microsoft Support Center. I immediately knew it was a scam, said a few words I won't repeat here and hung up. I haven't been targeted personally since.

However, I received a call one day from an aunt who had realized she was being scammed and closed her laptop and hung up the phone as soon as she was informed about a fee. When I got a look at her laptop, she had already installed a remote assistance application as directed by the caller so I removed the application and did some normal checks on the laptop for anything suspicious. Everything seemed fine.

The next time was a while later when a client brought me an old PC he had, running Windows XP, which he had been locked out of with a password using SysKey. Luckily, he hadn't paid up either and I was able to fix it for him.

I couldn't help but ask both of them whether or not they wondered, at any moment, how this person knew there was a problem with their PC, and the answer was no. It only became suspicious to them when push came to shove on a fee.

It's not just scams invoking Microsoft Support either, other tech and web firms such as Google and Facebook are used by cold callers too.

Microsoft is working with the AARP to educate its customers and the general public about cons like these. The Redmond-based firm - which hosted 300 members of the AARP at its Redmond campus this week - has received over 175,000 complaints related to fraudulent tech support scams since May 2014.

It is offering a workshop on how you can identify, prevent, and protect yourself from online scams at the Microsoft Store in Bellevue on Oct 14.

Microsoft also the fight to the scammers late last year, filing a civl lawsuit in California against Omnitech Support for misusing Microsoft's name and trademarks while allegedly operating a phony tech support service, and it's not likely to be its last lawsuit.

Going forward it will maintain close ties with the AARP's Fraud Watch Network and law enforcement. In case you get a call from a "Microsoft Support" employee, the company offers the following advice:

Neither Microsoft nor our partners make unsolicited phone calls to charge people for computer security or software fixes. If someone claiming to be from Microsoft tech support calls you:

I've received calls similar to this long ago, and promptly hung up the phone but not before sharing a few choice words with the caller. I don't understand how so many people can be so stupid as to fall for crap like this, but obviously they do. I almost feel they deserve to be ripped off for being so dumb.

"Do not underestimate the power of an enemy, no matter how great or small, to rise against you another day." - Atilla
22.10.2015 04:26
DDR4life
Send private message to this user
Member

Last year I had received several of these calls claiming that they were informed by my computer that there was a problem. The first couple or so times I simply told the guy that there must have been a mistake as I didn't have a computer in my house. After that I put them on the spot by insisting they explain how and why my Mac was "calling home" to Microsoft. Once in a while I would say I had a Linux box. After a while they just gave up and stopped calling.

Scam upon scam from Nigeria, the IRS, Microsoft, it just goes on and on.

What will it take for people to wise up and HANG UP??!!

How much was lost when Microsoft refused to take the Request for Comments specifications for non-text content in e-mail seriously?

RFC 2822 Page 36 lists several security considerations. All of them indicate that any content other than plain-text should be clearly contained and separate from the main message to avoid many potential security concerns.

Microsoft ignored this and allowed full HTML-compiled e-mails, leading to many instances of fraud and security problems.

When verified realities lead us to anger, we must learn to reevaluate our beliefs.
52.10.2015 15:04
Bozobub
Send private message to this user
Senior Member

You simply can not fix stupid.

Remember, folks, 100 IQ is defined as the median, therefore about half the country is UNDER 100 IQ. This is, of course, true for every country.

Yes, that's correct, about half the human race isn't really all that bright.

I had the same phone calls every week from IRS to Virus from Microsoft. Each time they call I role play and pretend I only speak chinese, indian, etc.

One time the Microsoft Virus called and I told them how is it possible they receive information from my computer, I own a typwriter not a computer... they hanged up. They are not that stupid as you might think, other times I told them I don't own a computer and they hung up.

The last time the Microsoft Virus callers had called me, I told him I need help real bad and I will be willing to allow him to access my computer if he helped me first. I went into this big story about how I can't have sex with my wife because she's too fat and I need help for someone to roll her over so I can pleasure but I'm not sure if I can do it on my own, will he be willing to come here and have sex with my wife and I will pay for his flight and booking fees. The funny part was that he broke his character of trying to scam me and starting laughing in the background and then hang up.

I've been dealing with these phone calls for years. I tell them I don't have a computer or I have a mac but they still call. had 1 customer whom I just finished doing a clean install of windows 2 weeks previously get a call from them & got burnt for $200. another customer was able to cancel his credit card in time but they screwed up his windows that I had to do a re-install. recently I've been telling these scammers I've made $120 because they screwed up a customer's computer. click. why is it when they call me they always have an east indian accent?

I've never been called but those that got taken are idiots and should be exiled to a remote island forever.

There is no excuse for being duped into this unless you're mentally challenged.

I got called for this scam a number of times in the last year. Depending on how i felt and if I had time I played around with them some. I figured if I toyed with them long enough it would in some way eat up more of their time and prevent them from calling others. As a person that works at Micr0$oft I knew it was a scam from the start but played along. I would ask them "Oh what building are in in?" or "What is you internal MS e-mail?" and amazing when i asked one guy "You say my computer in infected, could you tell me my external IP?" his response was "Sir this does not matter at all..." I asked him will how do you know it is my computer?" Or even better as my machine is compromised as you say, what operating system am I running? We all know they couldn't answer but it was fun playing along for a while. Still working up to do what a friend did once with a scammer, he would see how long he could eat up their time. The longest he got was just about 45 minutes. Funny as hell he would start off saying "I just got back from the grocery store, you got me just as i brought in the first bag, really need to get the frozen stuff in the freezer, i'll be right back." He did or said stuff like this and the idiot scammer was dumb enough to hang on for so long.

It is strange if, with so many warnings out there since years ago about these computer related scams, there still many people fall for them. I even can find reports about them filed just several days ago at whycallme/315-665-5113.html. I think its easy to avoid them, we just need to know a little bit of how these scammers work.