Recent headlines | Guide: How to Kick Unwanted Guests from Your Netflix Account 1
AfterDawn > News > Microsoft event: The Lumia 550 is a mid-range device for just $139 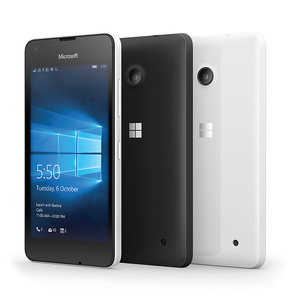 In addition to their Lumia 950 and 950 XL flagships, Microsoft also unveiled a new budget device: The Lumia 550.
The new device will replace Microsoft's aging Lumia 640, and the phone will be the company's main seller in developing markets and will compete against the Android-powered Moto G and Moto E in the U.S.

Microsoft says the device will launch in December for just $139, although U.S. availability will not be until 2016.

Eh.......United States' cell networks are terrible. Fast speeds yes, terrible reliability and connectivity so it matters NOT which phone people use. You're all doomed for cellular incontinuity.