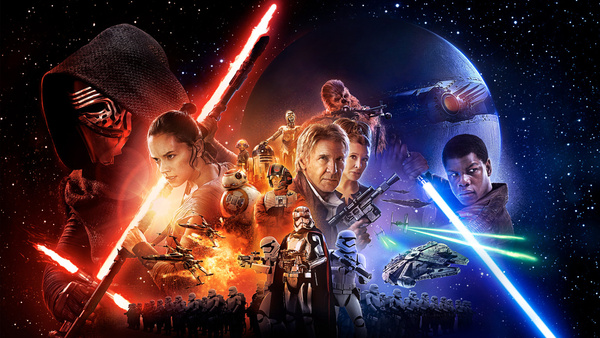 AMC theaters said they sold out all 1000 shows in 12 hours, with 38 percent going to IMAX screens, netting $6.5 million in pre-sales, yet another record.

The latest installment of the Star Wars series is expected to be one of the biggest grossing films of all-time, although it has a long way to go to beat out Avatar at $2.78 billion.

Everyone knew it would shatter records, it's Star Wars! I just hope they didn't butcher it!

For the first time, I don't have a bad feeling about this.

Presales for an F'ing movie is BULLSH*T!

Screw the movie biz for doing this. What an injustice.

Where is the injustice, Hearme0? Everyone has an equal opportunity to pre-purchase tickets.

Originally posted by DarthMopar: Where is the injustice, Hearme0? Everyone has an equal opportunity to pre-purchase tickets.

And it sure beats the morons who have nothing better to do but camp outside for days, like on Black Friday!
622.10.2015 16:47
PraisesToAllah
Send private message to this user
Member

Presales for an F'ing movie is BULLSH*T!

Screw the movie biz for doing this. What an injustice.

Pre-sales helps to eliminate riots, fights and the terrible "shock" when everyone is waiting in line for 5 hours and then everyone goes ape-sh*t.
725.10.2015 20:37
Hrdrk20
Send private message to this user
Senior Member

Not even going to put up with all the craziness even if it is Star Wars. Just going to sit back the day after it opens and dl a decent torrent.