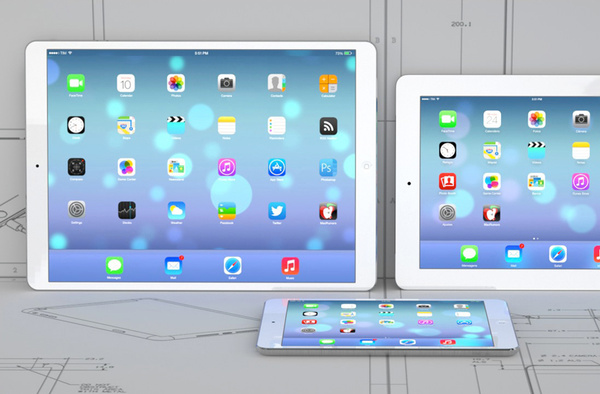 Apple is launching its newest addition to the iPad lineup next month. The all-new iPad Pro is technically above all other models but it might be the price that scares customers.
According to the industry sources DigiTimes cites, Apple has made orders for a measly 2,5 million units of it's top of the line iPad. Of course it's just one of the iPad models but nonetheless the suppliers were expecting higher number of orders.

It is undeniable that price of the device in this economy has an effect. Comparing to the other iPads the iPad Pro is in a price league of its own, starting at a whopping $799 and depending on the options rising well above thousand dollars. The iPad Mini 4 costs only $399 and iPad Air 2 $499, and Apple still sells older versions that are even cheaper: iPad Air starting at $399 and iPad mini 2 at $269.

Even despite pricing and after all this, there's still one hugely important obstacle. Apple's iPad sales figures have been going downward for more than a year. There simply wasn't – or isn't – enough customer to keep up the growth. Surely iPad Pro will bring in the profits (per device) but even Apple is cautious about the unit amounts.

We'll just have to wait and see how fast this 13-inch behemoth will find its way in the hands of customers. But do not expect a surge of iPad Pros like with some of the earlier Apple launches.
Tweet
Tags: Apple Apple iPad Apple iPad Pro
<15-year-old arrested in investigation over TalkTalk hack >Apple reports strong quarter but the iPad is in serious trouble
Previous Next

Anyone who expected the iPad Pro to sell well was an idiot. Even the fanboys were pretty skeptical of this one.