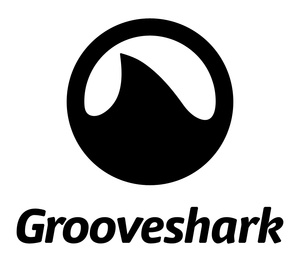 The RIAA has asked the courts to issue a default judgement against the new Grooveshark music service, demanding $17 million in piracy damages and 'willful counterfeiting' damages.
The original Grooveshark settled its lawsuit with the RIAA earlier this year, but the new Grooveshark was started a few days later using the name. The RIAA sued almost immediately, and Namecheap and CloudFlare both eventually shut down the domain and their servers.

Grooveshark stayed around for a while, moving from domain to domain but is now shuttered for good.

"Defendants' Counterfeit Service prominently featured counterfeit replicas of the Grooveshark Marks as well as identical graphical elements taken from the original Grooveshark website," the RIAA said in their motion. "Plaintiffs have provided conclusive evidence that infringing copies of MP3 files that correspond to each of the Works-in-Suit have been streamed, reproduced, and distributed via the Counterfeit Service to computers located in New York."

The RIAA has asked for full damages for 89 infringing tracks, $400,000 for cyberquatting and $4 million for willful counterfeiting of the Grooveshark trademark, which is owned by the record labels. While the courts will absolutely side with the RIAA, there is very little chance the labels ever see a dime since the alleged operator is located somewhere in Europe.

Sooner or later, the MAFIAA is gonna find out the hard way that you cannot sue every Tom, Dick and Harry into submission when they wind up losing a court case. If they lose a Supreme Court case, they'll learn real quick.

No matter how you slice it, this lawsuit is a net loss for the RIAA; they're never going to collect a single cent of what they put out to bring the suit in the 1st place.

I hope the RIAA or MPAA sues someone, takes the case to the US Supreme Court and loses. It would serve them right.

Actually, in the UK, you can (and will) be billed by roving inspectors for playing a portable stereo in a public place where others can hear, as it's a "public performance". In other words, you can't, for example, play music for free while you work on cars in a shop!

And that's exactly how the RIAA wants it.

How do they come up with the figure of $17 million?
Did they throw a dart at the dart board?

Originally posted by ilikefree: How do they come up with the figure of $17 million?
Did they throw a dart at the dart board?


That's actually one of the biggest problems with the RIAA/MPAA damage claims, to date; they're largely hokum. In fact, they're so silly, that they nearly almost get nothing near what they claim as damages, because they can't even remotely support the numbers. But asking for large amounts of money is scary, and the vast majority of plaintiffs in these suits settle.
Comments have been disabled for this article.