Fadell: Steve Jobs did consider building an Apple Car in 2008 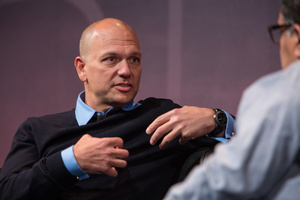 According to Nest founder and former Apple SVP Tony Fadell, Steve Jobs actively spoke about the potential for building an Apple Car back in 2008.
"We had a couple of walks," Fadell said, in which they asked questions such as, "If we were to build a car, what would we build? What would a dashboard be? And what would this be? What would seats be? How would you fuel it or power it?"

Of course, at that time the company was busy introducing the device that would change the smartphone world - the iPhone, and Jobs decided against building a car at that time. Rumors have remained practically every year since then, however, with plenty of people still expecting an Apple Car in the coming years.

No matter what, Fadell believes we are still in the "early days" for the evolution of the car, and the tech industry will likely be at the forefront of this new revolution although that can be up to 10 years away, he notes.