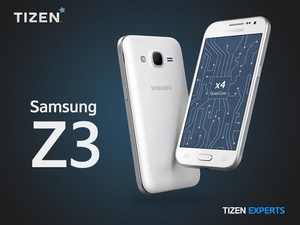 Says the company: "According to the latest published report from our Wireless Smartphone Strategies (WSS) services: Global Smartphone OS Market Share by Region : Q3 2015, Android registered a slight year-on-year increase in marketshare, while Apple gained traction, driven by strong demand for new iPhone models. Microsoft, BlackBerry and Firefox drifted down, while Tizen posted tangible growth and overtook BlackBerry being the fourth largest OS platform for the first time ever." The actual figures are behind a paywall, but it's hard to imagine that Tizen has market share above 2 percent, meaning BlackBerry has fallen very, very far.

I would like to see specs on this new phone. I would think its a small phone that is kinda something in the middle ground.

borhan9: Here's a link to the spec's on this phone. Tried to reply to your post, but for some reason it wouldn't work, hence this comment. Hope it helps.


"Do not underestimate the power of an enemy, no matter how great or small, to rise against you another day." - Atilla
Comments have been disabled for this article.