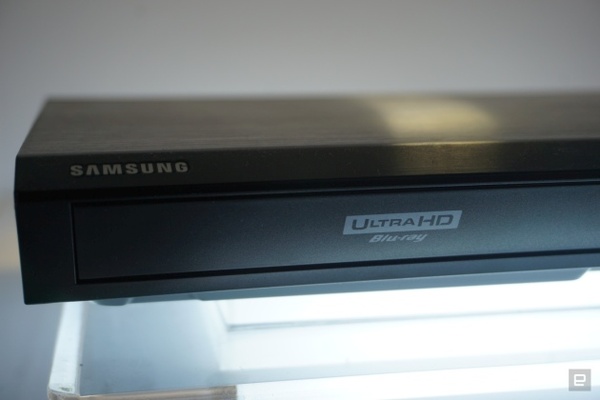 First shown off last year at IFA, Samsung's new Ultra HD Blu-ray player is available for pre-order at $399.
The UBD-K8500 goes on sale in late February but you can order it now directly from Samsung or Amazon.