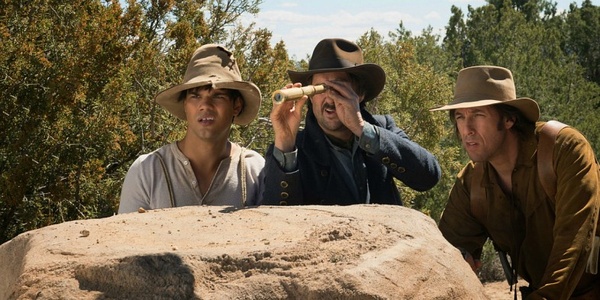 In 2014, Adam Sandler signed a deal with Netflix to produce and star in four original movies that would premiere exclusively on the streaming service.
The first film, 'The Ridiculous Six,' appears to be a resounding success. In its first thirty days of release, the film has become the most watched movie in Netflix's history. Says Netflix CCO Ted Sarandos: "The Ridiculous Six, by way of example, in the first 30 days on Netflix it's been the most-watched movie in the history of Netflix. It's also enjoyed a spot at number one in every territory we operate in, and in many of them, it's still number one."

Sandler's film employs his usual gang including Terry Crews, Rob Schneider, David Spade and Jorge Garcia and is based in the Wild West.

While the film has been universally panned, and Netflix's figures don't include how many people actually watched the film all the way through, on the surface it seems that the deal has worked out for both.