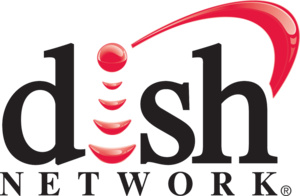 The U.S. Department of Justice (DoJ) and four states are seeking $24 billion in fines from satellite TV giant Dish Network over illegal marketing calls over the last decade.
The trial starts today, and U.S. District Judge Sue Myerscough will hear the case without a jury. The judge had already determined that Dish made 55 million illegal calls, and laws protecting consumers allow for damages up to $16,000 per violation.

As of writing, the company has a market valuation of $24 billion so a complete judgement against them would decimate the company.

Dish said they have improved compliance significantly and that most of the illegal calls were made as long as ten years ago. "Dish has long taken our compliance to the telemarketing laws seriously, has and will continue to maintain rigorous telemarketing compliance policies and procedures, and has topped multiple independent customer service surveys along the way," the company said in a statement.

Despite being on the Federal Do Not Call Registry, millions of U.S. consumers received robo-calls and telemarketing calls from Dish or from companies that Dish paid to make the calls. Dish already paid a $5.99 million fine to 46 states in 2009 over the same claims. California, Illinois, North Carolina and Ohio did not settle and their suits have finally gone to trial.