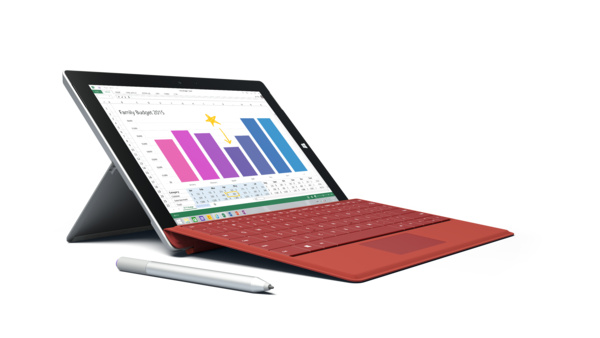 Microsoft has announced it will be recalling 2 million Surface chargers after it received 56 complaints of overheating or fire and an additional 5 complaints of electric shocks.
The recall was initially announced last month but the amount of complaints and the scope of the recall were unknown.

Affected chargers were sold before March 2015 in North America and before July 2015 for everywhere else.

"As a result of damage caused by AC power cords being wound too tightly, twisted or pinched over an extended period of time, a very small proportion of Surface Pro customers have reported issues with their AC power cord," said Microsoft in a statement. If you own a Surface Pro, Pro 2 or Pro 3 please check here to see if you are affected.

Tweet
Tags: microsoft surface pro
<Yahoo has written down the value of Tumblr by $230 million >Samsung's ad-blocker app is removed from Google Play Store
Previous Next

This is forgivable plain and simple!

In fact, if I was a head decision-maker at MS, I'd tell these 56 people to GFY.

That failure rate is less than a qrtr percent.

Only those 56 should get replacements.

then why did gm get into deep doodoo with congress over the faulty switches?

Originally posted by hearme0: In fact, if I was a head decision-maker at MS, I'd tell these 56 people to GFY.

So when one of those chargers fails, starts a fire, burns down a house and kills a family of 4, you'll be sleeping comfortably that night because you told them to "go f**k themselves"?

Instead of replacing a faulty electrical component when you ALREADY KNEW was in fact faulty?