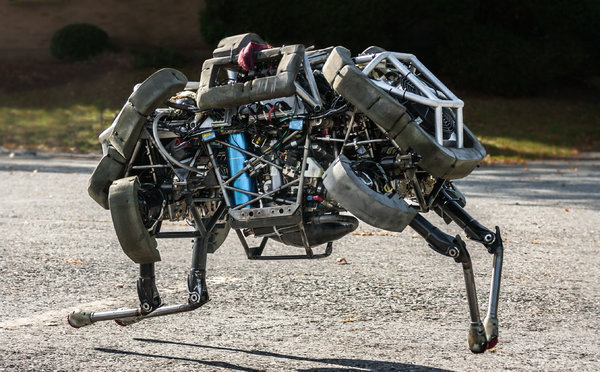 According to a new report, Google parent Alphabet is looking to sell its promising robotics division, Boston Dynamics.
The company is apparently looking to focus on more immediate revenues and the robotics division is years if not decades away from bringing in stable cash flow.

Allegedly, there have also been issues between the Boston Dynamics team and the rest of Google's robotics engineers around the world, and Alphabet has begun to see that humans are not necessarily ready for robots to take over the world, making the division a liability across the board.

Some sources speculate that Amazon or Toyota could be interested in buying the division, although there has been no confirmed interest from any potential buyers.

Source:
Bloomberg
Tweet
Tags: Google Boston Dynamics Robotics Alphabet
<Windows 10 apps on the way for Xbox One owners >Are these the first images of the Nintendo NX controller?
Previous Next

LoL...you think those robots are scary now...just wait until Amazon is using them to deliver packages!

What happened, Google AI combined with a military war robot contractor, combined with floating data collectors masquerading as internet blimps, was giving Google just a little too much of a Skynet image?

I reckon Toyota will buy.