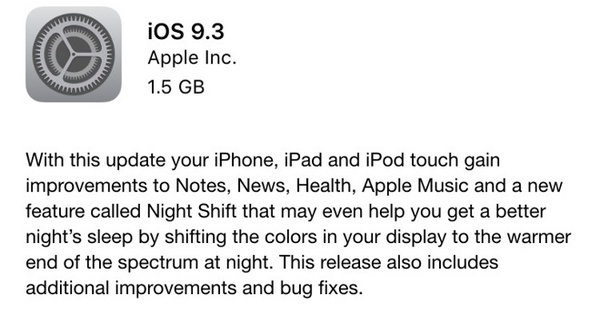 As part of their larger event yesterday, Apple has also made iOS 9.3 available to all devices.
The most important part of the update is Night Shift mode, which is aimed at reducing blue light eye strain (digital strain) in the same way f.lux and Twilight do for PC/Mac and Android.

Finally, the update also patches critical security bugs, including one recently discovered by researchers at Johns Hopkins University that could have affected millions.

Does this mean I will need to TouchID every time I open Notes? If so, is there a way to disable that?