HTC to unveil new phone during event on April 12th 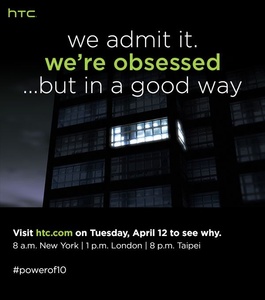 HTC has sent out invites for the unveiling of their next phone, expected to be called the HTC 10.
The phone is also expected to be a continuation of the One line, which has been critically acclaimed but has failed to generate sales that can compete with rivals like Apple and Samsung.

According to leaked specs, the HTC 10 will feature a 5.15-inch 1080p display, a Snapdragon 820 processor and the latest version of HTC's Sense overlay on top of Android 6.1 Marshmallow.

The event will be streamed online at 8AM EST via HTC's website.