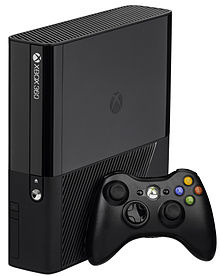 Following the console's 10-year anniversary, Microsoft has stopped manufacturing the Xbox 360, letting it retire as rumors of an Xbox One successor swirl.
The Xbox 360 was an incredibly popular console, selling over 85 million units since launch in 2006.

The Xbox 360 helped redefine an entire generation of gaming at Microsoft. I am incredibly proud of all of the work and dedication that went into development of the Xbox 360 hardware, services and games portfolio over the last decade. And I'm grateful to the fans for their continued passion and support.

Franchises like Gears of War were born on the 360, and established blockbusters like Halo really came into their own during this console generation. Xbox 360 was also the foundation for industry-leading technical innovation like Kinect, and the start of system updates and dashboard refreshes based on fan feedback.

Thanks to the Xbox 360, we evolved Xbox Live from the original Xbox into the thriving online gaming community it is today. And the console became a beloved gaming and entertainment hub with over 78 billion gaming hours played, nearly 486 billion Gamerscore on 27 billion achievements and over 25 billion hours spent in apps over its lifetime.

From the original Zero Hour launch event, to the incredible reaction received last year at E3 when we announced that you could play your Xbox 360 games on Xbox One, the soul of Xbox 360 was about putting gamers at the center of every decision we make – and we apply this principle across our business to this day.

Xbox 360 means a lot to everyone in Microsoft. And while we've had an amazing run, the realities of manufacturing a product over a decade old are starting to creep up on us. Which is why we have made the decision to stop manufacturing new Xbox 360 consoles. We will continue to sell existing inventory of Xbox 360 consoles, with availability varying by country.

We know that many of you became gamers on Xbox 360 and are still active, so it's important to us that while the overall Xbox gaming experience will evolve and grow, we will continue to support the platform you love in multiple ways:

Xbox 360 owners will continue to receive Xbox Live services for their console, such as online multiplayer gaming and parties, access to the apps they use today, and Games with Gold and Deals with Gold.

Xbox Live servers that support Xbox 360 services will also remain online and active. Our Xbox 360 fans can continue to play their favorite games with the full support of Xbox Live.

Gamers will also be able to continue to buy over 4,000 Xbox 360 games or Xbox 360 accessories at retail and through our Xbox 360 store online, while supplies last.

Any Xbox 360 hardware will still be supported at xbox.com/support.

And Xbox One owners will be able to continue to enjoy available Xbox 360 games through Xbox One Backward Compatibility – at no additional cost.

I want to personally thank the Xbox community – that includes the vast and diverse audience of gamers, developers and publishers who brought so much passion and creativity to the Xbox 360. You are the heart of what we do at TEAM XBOX, and you have been critical to the success of Xbox 360.

I wonder if Microshaft will try and push their own VR angle on the next console like Sony.

"And Xbox One owners will be able to continue to enjoy available Xbox 360 games through Xbox One Backward Compatibility – at no additional cost."

How generous of them /sarcasm