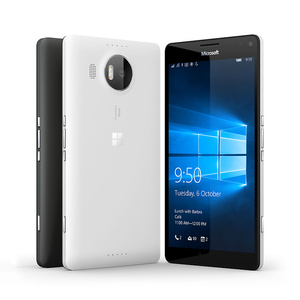 Microsoft hasn't seemed too interested in smartphones after acquiring Nokia's mobile phone business. Oddly the number of phones released has dropped drastically, even though Windows 10 should be living its heyday.
The executive VP of Devices and Windows, Terry Myerson, has however sent an email to employees assuring that smartphones have not been forgotten. In the email Myerson explains how Microsoft is still dedicated to developing Windows 10 as a mobile operating system.

Even more specifically, he says that Microsoft is going to make Windows 10 for small devices with ARM chips.

And if one was to say John or Sally were committed last night, most would consider they are crazy?

Originally posted by megadunderhead: Honestly i have had no problems with windows phone os 10 but this was only a short stop until they fixed the s6 and added a microsd card slot back so my next phone will be a s7 because i really am not impressed with the lack of apps


I have two phones, Lumia 950 XL and S7 Edge. The apps on Andriod devices are nice, but after using that phone I quickly took out the sim card and inserted it into the sim2 on the 950XL. It is a way better phone that the S7. However, the look and feel of the S7 Edge is great. If Microsoft makes a Surface phone out of something other than plastic and get a few more apps onboard it will be great. The only apps that I don't have that I want on the Windows platform now is Square and SiriusXM. Outside of that, they have everything I need.