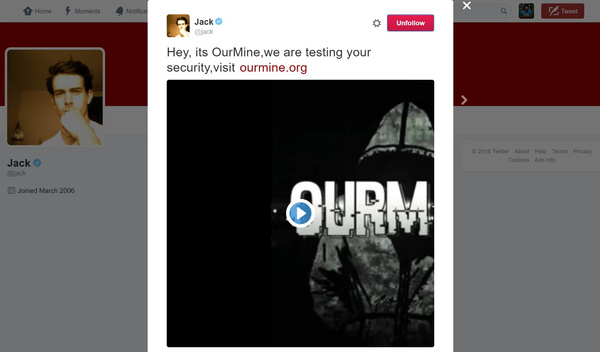 OurMine, the group of hackers behind recent high-profile account thefts, temporarily took over Twitter CEO Jack Dorsey's Twitter account, tweeting and posting a Vine clip.
The group tweeted "Hey, its OurMine,we are testing your security" while linking to their site.

It appears that the messages came through Vine, which suggests that it was Jack's connected Vine account that was really compromised.