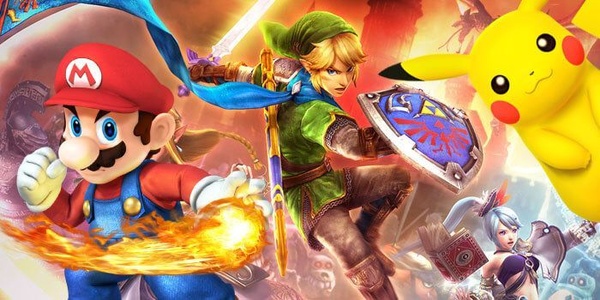 In a move that will certainly delight fans, it is being reported that Nintendo will launch their upcoming NX console next year with Zelda, Mario and Pokemon titles.
The console is set for release in March 2017, and Legend of Zelda: Breath of the Wild has already been announced. The reports claim that the unnamed Mario and Pokemon titles will launch within 6 months of the console's launch, within the "launch window" that can often make or break a system.

In addition, Nintendo will be getting some help from some old friends that left the Wii U for dead, as the reports claim Sega, Activision, Warner Bros, Ubisoft and Square Enix have all promised titles and appear to be all-in.

Furthermore, the sources claim the console will be less powerful than the PS4 and that the rumored detachable handheld controllers are indeed part of the console.

Source:
Rant
Tweet
Tags: console The Legend of Zelda Nintendo NX
<Cook: Developers have earned over $50 billion from App Store >Designers back Apple in long-standing fight against Samsung
Previous Next

Oh Nintendo.. if only you took the blue pill and not the red pill when Sony wanted to collaborate with you in the 90's. You are still alive but the other two are dominating your old stomping grounds.

Zelda, Mario and Pokemon? Wow, so much for leading the way via innovative and new titles. This headline could be applied to any Nintendo console made in the last 2 decades. Does no one @ Nintendo have any new ideas for games??

To be fair to Nintendo they totally smashed it with the original Wii console, I just wish that they simply upgraded the second Wii and kept the same controllers instead of that epic kids tablet thing of a controller. Agreed though that they should make some NEW first party games.

Ok the main issue i have with nintendo is there software eula which resulted in a lot of wii u consoles being returned to the store.

See nintendo decided that they deserve the right to disable your console and your nintendo account if you decided to use a hack save file in wii mode not in the wii u mode and not for piracy just for copying a save file from one console to another which would basically make the action replay and several other save formats worthless for the wii u.