Wal-Mart in talks to buy Jet 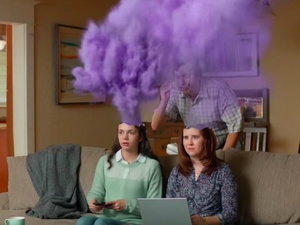 According to the WSJ, giant retailer Wal-Mart is in talks to buy the one-time "Amazon killer," Jet.
The move is expected to give Wal-Mart an improved e-commerce solution to better fend off Amazon, which has recently become the largest retailer by market cap.

Sources claim Jet could be valued as high as $3 billion, even though it has been unprofitable since launch. Jet launched last year as an "Amazon killer" but it has yet to make a dent. The company also had to backtrack on a subscription fee they began charging after sales were significantly affected.

Wal-Mart could certainly use the e-commerce help, as the company's e-commerce sales were just $14 billion last year, a measly 3% of their total revenue. Online growth has been slowing for two years, as well, while Amazon's has done nothing but grow at an exponential rate for the last decade.

Jet, started by Diapers.com founder Marc Lore, has some interesting technology. The company is able to reduce prices (and usually undercut Amazon, others) using sophisticated pricing algorithms that take into account the size of your cart, your proximity to suppliers, and more.
Tweet
Tags: Wal-Mart retailer E-Commerce Jet
<Apple Music grabs exclusive rights to Britney Spears' upcoming album >Cook: Developers have earned over $50 billion from App Store
Previous Next

Jet beat out Amazon on a few things I checked but not by much.......negligible at best.

The Jet.com experience is bland, boring, uneventful and doesn't do well to engage me in anything other than what I specifically came to buy.

Amazon draws me in to other stuff effortlessly.


I always thought Jet was doomed but Walmart buying them should be interesting if not funny.

yet another frivolous venture by fatcats that have so much money to waste and burn in lark ventures that all too often don't pan out and fail.

This will be one of them. I don't see Jet doing ANYTHING for Walmart that they haven't already tried to no avail.

Amazon get Diapers long time ago and it was their best move ever...buying Jet was just to make sure the Amazon success.
Jet isn't go to nowhere.

I am not impressed with Jet anyway. I wanted to buy a sound system they had on their website for $250. I waited a day to buy so that I could measure my living room space to make sure it fit. The next day they had jacked up the price to $299.99. There was no way that I was going to pay a $50 mark up in one day. I noticed that Walmart had it cheaper at like $265 and so I messaged the people at Jet to see it they would give it to me for the original price and that Walmart even had it for cheaper. They told me that if Walmart had it for cheaper than to buy it from them. What?? This is not a way to do business. I then saw it on Amazon for $217 and bought it from Amazon.