PlayStation 4 gets major update with HDR 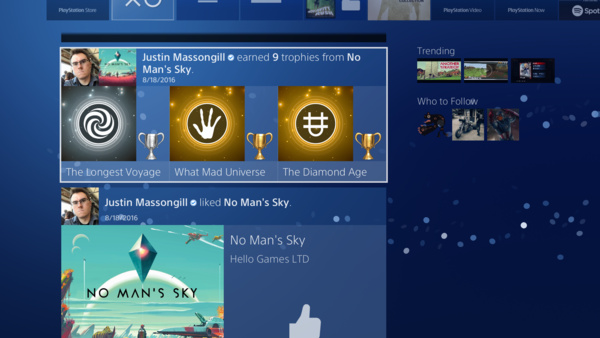 Sony has revealed that PlayStation 4 has received its latest update. The patch version is a big 4.00 which means that there will be important new features to accompany the plethora of usual fixes and tweaks.
The patch codenamed Shingen is the patch that Sony promised while introducing its new Pro and Slim versions of PS4 last week. It will improve the user experience in many ways, one of them being an overhaul of the UI as well as Quick and Share Menus.

Even though all that is nice and everything the main feature everyone has been waiting for is HDR. A feature that was thought to be impossible for the older PS4 with the HDMI v1.4 is coming as promised. This will give all PS4 gamers more colorful and accurate depiction of the games on a HDR supporting TV set.

More information on 4.00 update can be found here.
Tweet
Tags: Sony Software Update PlayStation 4 System Update HDR
<Photos from Titans-Vikings game show what to expect of iPhone 7 Plus camera >Apple launches iOS 10 as well as updates to Apple TV and Watch
Previous Next

Looks like i got a big update coming up :)

Not really the o.s is unstable and apps crash like crazy so not a good stable release yet

"Do you want to meet girls who just want to have sex,
no conditions, no romance, just sex,
then you should come to this page http://bit.ly/2bgXTmw
Comments have been disabled for this article.