Recent headlines | GUIDE: Wi-Fi speeds are slow? Here are some tips
AfterDawn > News > LG Mobile has its worst loss ever

LG Mobile has its worst loss ever 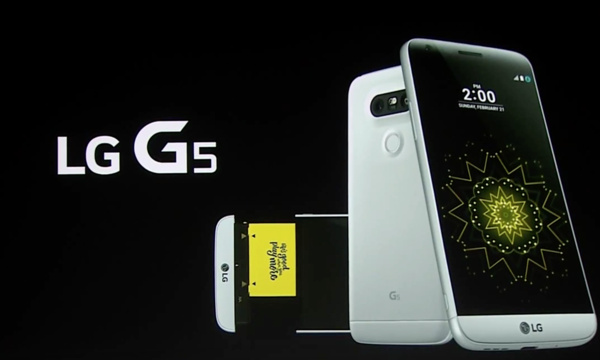 Thanks to sluggish sales of the flagship G5 smartphone, LG Mobile had its worse loss ever, a loss so bad it destroyed the company's overall profits.
The division took a loss of $389.4 million for the Q3 2016, its worst quarter since the Great Recession. The division has not been profitable since the Q4 2014.

Overall profits for LG fell 61 percent due to the mobile division, to $252.7 million.

Is it time for LG to step out of the mobile business? Motorola, HTC, Sony and BlackBerry all learned that hard way that there are really just a few players that can compete.

despite having a great hardware, i got utterly disappointed when my G4 started bootloop, and ended up getting a new mobo (with a new internal memory, which meant the complete loss of my phone data) at the service center. it's clear that LG knew it, but they didn't care to warn their customers about the probable bootloop after the OTA OS upgrade to marshmallow from lollipop. i still like LG, but won't possibly buy another LG "phone".

It's too late now, but that situation WAS quite likely recoverable =s . I wish I'd seen you post about it earlier...

Originally posted by Bozobub: It's too late now, but that situation WAS quite likely recoverable =s . I wish I'd seen you post about it earlier...


Really? I am wondering how. Please give me some idea. Thanks.

By a reflash of the (the previous version) retail ROM (if true retail, still doable with a non-rooted phone), using some tools, a LOT of cussing, and confusing web tutorials =) . But it CAN be done, I promise.

This is, BTW, a great reason for rooting your phone, even if you keep the retail ROM (which you certainly can do, in almost every case). There are also always ROMs that are close to retail, including full camera function and whatnot (Cyanogenmod, for example, does NOT use full LG camera capabilities, not even close), but not quite, giving you all of the advantages of both worlds (although no OTA updates).

Don't let the lack of OTA updates stop you, btw. I've seen phones supported MUCH longer by the ROM community, than any manufacturer ever has. Furthermore, some ROMs (Cyanogenmod again) DO have their own OTA update system!

A last few reasons reasons to use ROMs are significantly faster bug squishing (the "Stagefright" attack was negated in most ROMs long before retail, for example), reduced size in many cases, significantly better security, full control over "shovelware", and more.

Originally posted by Bozobub: By a reflash of the (the previous version) retail ROM


But that means your internal memory data will still be erased, right? I wanted a recovery of the OS without data loss. The LG service center under warranty offered me a new mobo with new internal memory, which made me lose my data (contacts, messages, whatsapp, to name a few).
Rooting is a better solution I know. But that voids the warranty. However, admittedly, I didn't know I could keep the original factory OS. Hmm, looks like more reading is required!
ASUS G73JW | Intel Core i7-740QM, 1.73GHz | 8GB DDR3 | Nvidia GeForce GTX 460M, 1.5GB | OCZ 120GB SSD + Seagate 500GB Hybrid 7200rpm | 17.3" FHD/3D | Blu-ray Write | Win7Pro64
62.11.2016 03:23
Bozobub
Send private message to this user
Senior Member

Nope; your internal storage wouldn't be erased, if done properly (you can choose what to wipe). Nor does rooting necessarily automatically negate warranties, these days.

Originally posted by Bozobub: Nope; your internal storage wouldn't be erased, if done properly (you can choose what to wipe). Nor does rooting necessarily automatically negate warranties, these days.

Well, LGs ARE notoriously a PITA to root properly (you have to change the bootloader too, at least with the G2). That said, however, you can even do so with an app loaded onto the nonrooted phone, these days, so *shrug*.

Next time this happens, if you are so unfortunate, please hit up the interwebs, if you can't get in touch with me ^^' .

Remember, btw, that policies on rooting breaking warranty aren't universal; follow up with your carrier first!

Also, it would be wise, in the future, to back up your entire internal storage every so often.

Originally posted by Bozobub: Also, it would be wise, in the future, to back up your entire internal storage every so often.


That's the only option I guess. LG even has an online drive for that. The problem is slow and unstable network in India so that a cloud backup is nearly impossible if you have GBs. The offline backup is kinda PITA as well.

DON'T depend on cloud storage! For that matter, don't depend on local storage either unless you have redundant backups that are stored in more than one location.

Your local storage depends on the provider staying in business and/or you paying for it (if not a free option). Furthermore, the simple fact that backing up 32-128 GB to the cloud on limited bandwidth is going to be frustrating as hell =p .

To make it easier, remember, you only have to back up YOUR data, not app settings and whatnot, unless you desire otherwise. It's not like an unrooted phone can use a utility like Titanium Backup properly (requires root, but backs up apps and their settings, as well)...