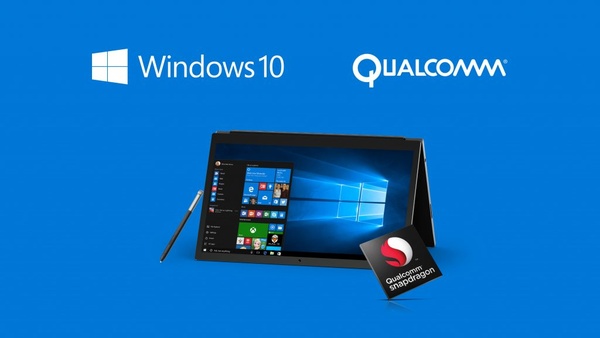 Microsoft and Qualcomm have revealed that full featured Windows 10 will run on the next generation of Qualcomm's Snapdragon processors.
Microsoft will try bringing its flagship Desktop OS, Windows 10, to ARM-based chips once again, following the disappointing attempt at running a version of Windows 8 on ARM architecture, Windows RT.

This development is very different to the limited Windows RT, this will be the full version of Windows 10 with legacy support for Win32 software and support for universal Windows applications, so running Photoshop, or Microsoft Office suites or Windows 10 games shouldn't be a problem.

"We are excited to bring Windows 10 to the ARM ecosystem with Qualcomm Technologies," said Terry Myerson, executive vice president of the Windows and Devices Group at Microsoft.

"We continue to look for ways to empower our customers to create wherever they are. Bringing Windows 10 to life with a range of thin, light, power-efficient and always-connected devices, powered by the Qualcomm Snapdragon platform, is the next step in delivering the innovations our customers love - touch, pen, Windows Hello, and more - anytime, anywhere."

We are told to expect the first Snapdragon-based devices running Windows 10 as early as next year.

Great! This essentially means we can get a tab with SD. However, SD needs to be smarter. Even the latest SD CPU doesn't play the 4K HEVC 10 bit videos without stutter. Exynos doesn't officially support this video spec, but plays successfully according to some sources (say, S7 Edge). And, Kabi Lake officially supports it.

It sounds great in theory, don't get me wrong...but "running Photoshop, or Microsoft Office suites or Windows 10 games shouldn't be a problem" may be giving a bit too much credit. Even ignoring the fact that most of these things are designed for 2 (or more) button mice and the fact that Microsoft Office already runs on basically everything since it is a website, there is the actual performance to consider. Not only are SD chips relatively weak compared to even outdated x64 processors, but then you put emulation on top of it. There are plenty of x86 applications that would work fine, but they are not in that list.

Finally! I have been interested in buying a dual boot device for a while. Only thing that put me off was the fact that it ran on Intel processor which are turning out to be a major pain for me. Actually it is the chipsets that are the pain. No independent makers are licensed and Intel's own motherboards suck big time on all aspects of USB 2 AND 3. It took 2 bios updates over a year before the onboard USB 3 header would let me even connect a header cable/plate combo without freezing. It randomly still keeps disconnecting devices!!!

With newer Octa and Deca core low power processors available I assume that the performance will certainly be better than on my 8 year old single core Atom powered Asus Netbook and be a whole lot more portable. I have NEVER bought, used or wanted a laptop. This should solve my problem.