Windows Insiders get their hands on the new Game Mode 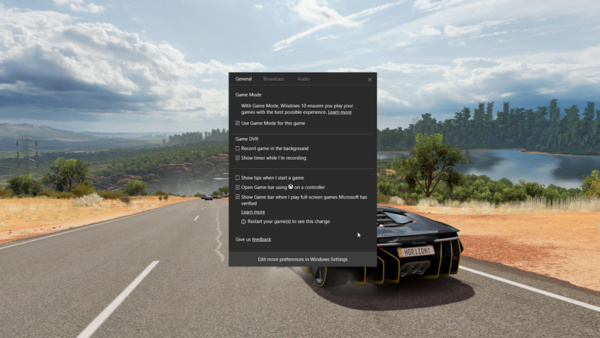 The upcoming and anticipated Creators Update for Windows 10 is still a long way from being released but there are some parts of it that you could be getting to try soon. As a Windows Insider you get to try out the features early and this week Microsoft is bringing the Game Mode to testers.
Previously Game Mode was supposed to be added for Insider today but it's been delayed a bit. However, as some point this week it'll become available.

The idea behind Game Mode is rather simple but it should make gamers' lives a little easier. Entering the Game Mode the PC optimizes it automatically for the labor intensive future. The CPU and GPU are tuned for maximum performance and this should mean smoother gaming and better frame rates.

Microsoft wants testers to seek the complications within the Game Mode so it can iron out the end product. Obviously there are tons of games so Microsoft wants to get feedback from as many situations as possible before launching the feature.

In addition to the Game Mode, Microsoft will introduce Windows 10 a new Game Bar for shortcuts during the games. This will be available via the Win+G keyboard shortcut. From the Game Bar you can easily take screenshots, start recording video or stream gaming directly to Microsoft's Beam-service.

Tweet
Tags: Microsoft Windows 10 Game Mode
<Apple and Foxconn investing billions in a new display plant in the U.S.? >This is the first leak of Galaxy S8 you should look at
Previous Next

Oh, joy, another *cough" "feature* to remove with PowerShell.

It says it is for better framerates and smoother gaming...I guess that means it disables everything built into Windows 10, especially DX12?

I'll believe it when I see it. Not particularly interested.