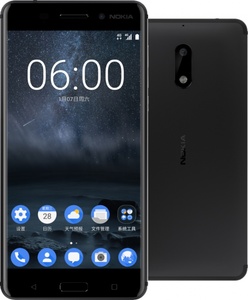 The new Nokia-branded Android devices are not aimed at taking on flagships from heavyweights like Samsung, but instead target the affordable end of the market with competitive pricing and decent specs.
Among the new Nokia gear is the Nokia 6, Nokia 5 and Nokia 3. The Nokia 6 was introduced in China in January this year and immediately roused interest, with over a million reservations being placed, and soon it will be availble in more markets.

The Nokia 5 features a 5.2-inch 720p display, 2GB of RAM and 16GB of internal storage with a microSD slot for expansion up to 128GB. It packs a 13 megapixel camera on the back and 8 megapixel on the front. Like the Nokia 6, it is powered by a 3000mAh battery. 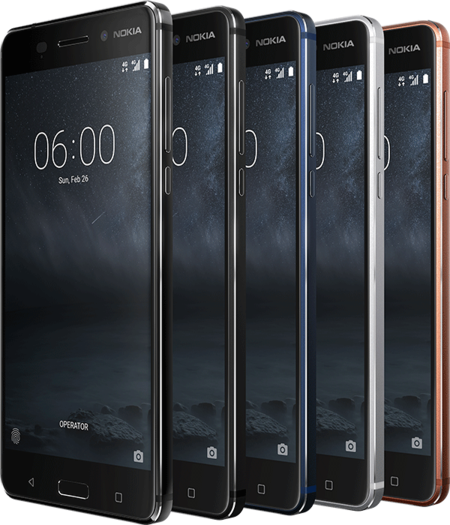 Both the Nokia 6 and Nokia 5 pack a Qualcomm Snapdragon 430 but the lowest cost option, the Nokia 3, downgrades to a MediaTek 6737. It also has 2GB of RAM and 16GB internal storage, but no microSD slot, while the battery downgrades to 2650mAh.

All the devices run vanilla Android, with no bloatware or significant modifications, similar to Android on Nexus or Pixel.

All the new Nokia Android phones will launch in the second quarter. 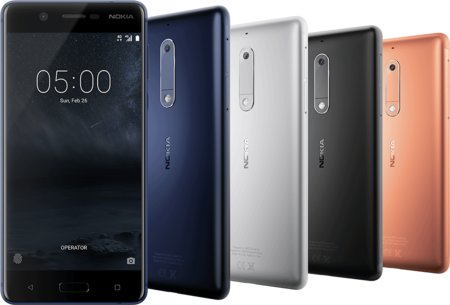 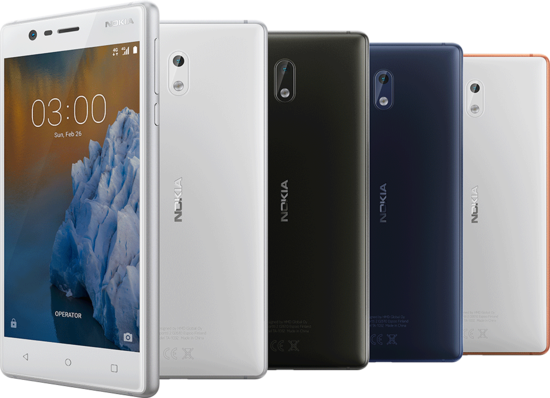 I just needed an article about Android to make a comment such as this but HA! for all those that have repeatedly said "android is secure, that's why the gov't uses" or "my android doesn't deal with insecurities"

Android the most insecure software out there for a phone.

I've always said it but Android is insecure, sluggish after months of use and constantly spying. Broke ass OS needs to be replaced!

Doubt it'd make a difference herme0 if a new OS was created.People will still store credit card info,email sign in etc on their phones & everything else besides.It'll just be same shit different OS,someone some where will break it

If you didn't allow anyone to make apps for your system you should be more secure (Proprietary), however you loose the freedom of selecting what apps are best for you and a open market should keep pricing down and drive a stronger market.

I'm not real happy with my Android OS but it isn't because I'm getting tagged by viruses, at least not yet, it is some of their default apps and the fact that I can't specifically choose how each app is controlled especially with Notifications.

There are apps like Voice Mail that I continuously have to disable and/or force stop that run no matter what I want. How does an app that you have disabled start up on its own. This isn't due to a virus it has done this from the factory so it is a design intent but it is definitely a snooping approach and with that people could break into to my phone and listen to me without my knowledge. I haven't seen any black copters lately so I don't think it is the government, or is it? I'll probably have to Root my phone to straighten out these issues which is crazy that one should have to go to that extreme.

I'm certainly not going to Apple because of the most insecure software report, by nature the Android should be less secure as stated above, but I do wish that Android would go back to their original base platform and get away from a advertising base, there inlays the problem.

Apple is full of problems too, they may be more secure than Andriod's but they are more buggy from what I've seen and some of it is the constant updates they require, unfortunately Andriod has followed in there foot steps on this as well.

Your point is also true scorpNZ

I was watching a security expert being interviewed and he stated that black market software designed to crack smart phones was much more expensive for iPhones than Android phones. Off the top of my head it was like $10,000 for Android and 40-50 thousand for IPhone or even more.

I assume it's because of security not obscurity. You get what you pay for I guess.

Android can be very secure, it's just a matter of not being dumb. The government uses it for security...not because crummy samsung phones are secure but because the phones can be made extremely secure by users (or makers if they feel like it more than loading a bunch of bloatware). This will probably actually get to be more of a thing considering that the FBI currently holds a tool that exploits and unpatched apple bug that they bought from some random guy after basically begging every blackhat in the country to work on Apple exploits.

The argument always seems to come down to personal responsibility versus freedom. There will always be those who want to give up liberty for the illusion of security...if that's a personal choice then that is their loss...if they try to push it on others, they deserve neither.

As for iPhone hack prices, I can't confirm those but I would say that a hack that works on iPhones would be worth more if only because it would provide access to more devices in the wild. Android is the leader by far, but a hack for one android probably won't work on the next...iOS hacks generally work on the whole ecosystem, or at least the vast majority.