Nintendo is not giving up on handheld consoles, here's 2DS XL 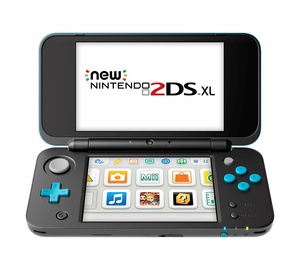 One would have thought that the time of handheld consoles would have come to an end, after all many, if not most, of us have a very powerful computer in our pockets already. The two Japanese gaming powerhouses, Nintendo and Sony, have been in the forefront of handheld gaming but have they given up already?
Well, PlayStation Vita, the latest handheld gaming console by Sony was released more than five years ago. Sony has placed its bets on PlayStation 4, and seems to be doing really well. Perhaps it might even release a new PlayStation 5 sooner than you'd think as it is not investing in the development of handheld consoles.

Nintendo on the other hand has been relying on their success with handhelds. Within the past 5 years, after PS Vita was announced, the company has released several upgrades to the DS line. Even its new home gaming console Switch can be used in handheld mode.

Nintendo has released a product called 2DS XL which is an updated version of the 2DS console released in late 2013. Unlike the 3DS which is designed for stereoscopic 3D the 2DS XL plays only traditional 2D games.

2DS XL has bigger displays, as the name might suggest. Actually both the display sizes (4.88in and 4.18in) and performance should be on par with the 3DS XL. 2DS XL also features NFC which adds support for amiibo characters.

2DS XL is retailing for $150 and will come available during the summer.
Tweet
Tags: Nintendo Nintendo 2DS Nintendo 2DS XL
<YouTube is revamping its UI, adds Dark Mode, and you can try it out now >Rasberry Pi turns into a smart gadget with the help of Google
Previous Next
Comments have been disabled for this article.