The Witcher coming to Netflix 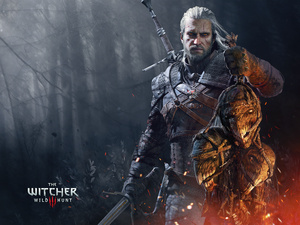 The fantasy book series written by Andrzej Sapkowski became a huge success in the world of video games in 2007 when the first Witcher game was released. Now after a decade of The Witcher games we've been expecting a movie adaption but there has been a turn of events.
The producers of Sean Daniel Company, Sean Daniel and Jason Brown, have signed a deal with Netflix. This means that the movie production has taken a back seat and a new TV show adaption for Netflix is in the works.

The streaming giant has managed to acquire another valuable game franchise under its Originals umbrella after announcing a Castlevania animation in February. According to Engadget, the show will run multiple seasons but not much more – including any of the casting – is known at this point.

What we do know, however, is that Sapkowski is a creative consultant for the Netflix show and according to his statements really happy about the deal and the upcoming TV series. This should bode well to fans of both book and game series.

The Witcher is a story about Geralt of Rivia who is one of the last Witchers, a superhuman monster slayer, in the fantasy world with dwarves and elves.

It's a good story line. Hopefully they won't let Uwe Boll within 15 miles of the production lot.