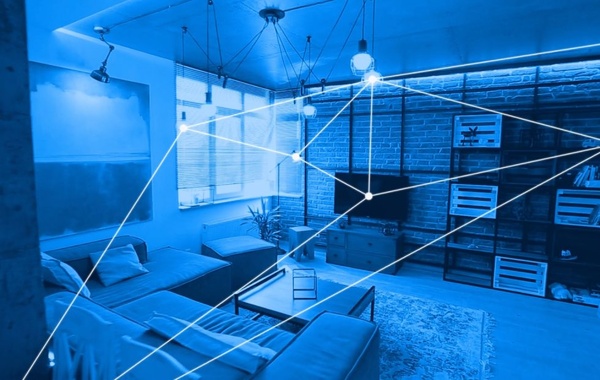 The Bluetooth Special Interest Group (SIG), a consortium developing the wireless data transfer standard Bluetooth, has released the final specifications allowing mesh data transfers in Bluetooth 4.0 and 5.0 devices.
With Bluetooth Mesh devices can communicate and transfer data from one to another without any controlling middleman devices. For example, if you have a smart home camera and thermometer both supporting Bluetooth, but the latter doesn't have the range to broadcast to your smartphone, the thermometer can transfer the data to your phone via the camera.

This allows Bluetooth enabled devices to create a mesh network where data is not only transferred via two devices but can make its way via many network devices before reaching its destination.

Many of these smart home, Internet of Things (IoT) devices use very low power, even Bluetooth LE, which limits their capability to transfer data.

Perhaps the best part of the technology is that it doesn't require any new hardware if your Bluetooth devices are 4.0 or 5.0 supported. Mesh networking is supported by current Bluetooth standards so all it requires is a firmware upgrade.

Obviously firmware upgrades depend largely on the manufacturers so you can't expect all the devices, especially the older ones, to get upgrades. However, one can expect many of the new devices to include this new feature.