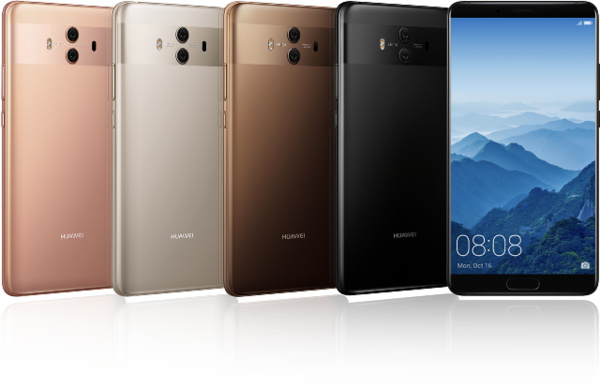 In yesterday's press event Huawei unveiled this years Mate-lineup. That included two new flagship phones Huawei promised even before the launch would blow iPhones out of the water when it comes to AI.
Both of the new flagships, Mate 10 (top picture) and Mate 10 Pro (bottom picture), include the AI enabled HiSilicon Kirin 970 chipset. Armed with a Neural Processing Unit, or NPU, the Mate 10 duo should be able of some impressive feats, right?

Well, yes and no. It might be able to do things most smartphones can't do but currently it is used very sparingly. The Chinese smartphone manufacturer said that the phones smart features include context-aware camera that changes its settings to match the place and subject. Also Mate 10 (yes, the Pro as well) knows how dim the screen depending on more than just the ambient light sensor, and improve battery life according to your usage.

However, according to Huawei it is up to 3rd party developers to fully unshackle the power of Kirin 970 and its NPU.

Fortunately Huawei's new flagships aren't all about AI unlike you might have imagined after such a strong AI focused marketing campaign before the launch. The Mate 10 features a 5.9 inch QHD resolution (1440x2560) display, 64GB microSD expandable storage, 4 GB of RAM.

What differentiates Pro from the base model, then? Well Pro doesn't have 3.5 mm headphone jack or microSD slot but instead sports a 18:9 inch Full HD+ display (1080x2160) without home button or fingerprint reader up front. No worries though, the fingerprint reader is in middle of the back panel – the middle, Samsung. Also Pro comes with a 128/6GB setup. 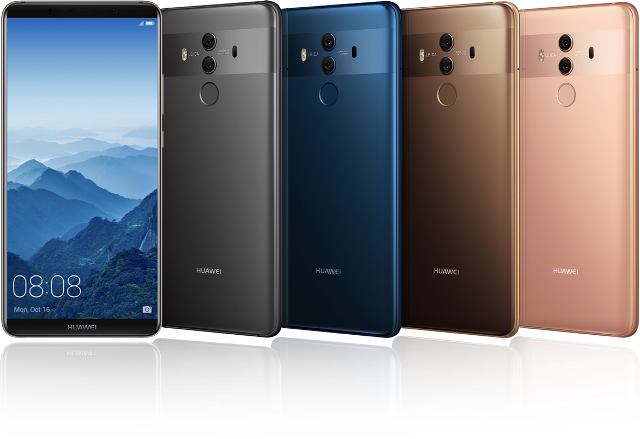 And am I missing something?? I didn't see anything about the OS.

No doubt this will be loaded with the crappiness that is Android...another UGH!

Huawei gonna be disappointed in sales here I think. Just a prediction but we'll see. Sad thing is, even if sales are horrid, it's got a backing of 1.4 billion Chinese to ensure they can keep trying followed by lack of noteworthy success.