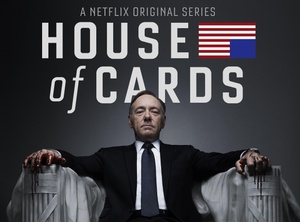 For Netflix one of the most important moves towards becoming an original content powerhouse, like it is today, was to release House of Cards, one might argue. It was the first truly spectacular tv show part of the Netflix Originals branding.
The series went on to wow the crowd but also managed to achieve the first ever Emmy for Netflix. However, now it has become a burden for Netflix.

The continuation, and ultimately the end, of the show has been in question as the star actor and executive producer of House of Cards, Kevin Spacey, has been in the forefront for all the wrong reasons.

Space was accused by a fellow actor, Anthony Rapp, of sexual harassment that happened in the 80s when Rapp was only 14 years old. After the allegations others followed suit claiming that such inappropriate action were take by Spacey even during the House of Cards set.

Netflix, even though spacing (no pun intended) themselves from the House of Cards lead, has now confirmed that House of Cards will indeed return with another season. It will, however, be the last season.

Obviously the sixth season will have to be largely rewritten, which will take time. At this point there is no schedule for the release, at least not one that Netflix wants public, but Netflix says that filming will start in 2018 and the last season will consist of eight episodes.

Kevin Spacey's leading role in House of Cards is Frank Underwood, a seasoned Democrat politician known for his cunningness and cutthroat tactics, and for being at least as controversial as Kevin Spacey is.
Tweet
Tags: Kevin Spacey Netflix House of Cards
<Google bringing HDR-videos to Android Chrome >Apple to pay Ireland $15 billion in unpaid taxes
Previous Next

I'm so... disappointed in Kevin Spacey. All my life I admired him. so sad, so sad. I continue to hope that he is not guilty.

They shouldn't make another season if Spacey isn't staring in it.