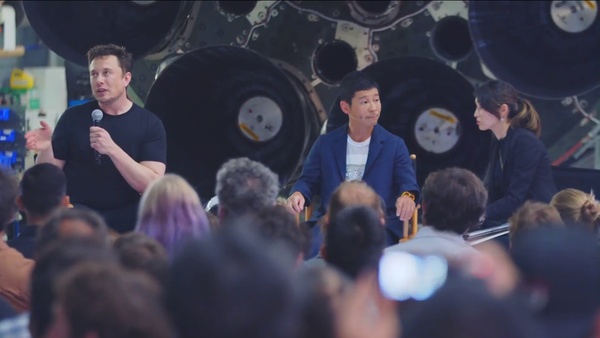 SpaceX has announced the world's first passenger to fly around the Moon on the upcoming BFR (Big Falcon Rocket), as well as detailing the mission and dating it.
At a conference on Monday evening, SpaceX detailed its first private passenger mission to the Moon. Yusaku Maezawa, a private Japanese citizen and entrepreneur, will be the first person to fly beyond the Moon since the early 1970s. If all goes well, he will be blasted toward the moon on board a giant BFR rocket and space vehicle.

"I choose to go to the Moon," Maezawa announced to the press present to applause. He spoke at the SpaceX conference about how he will invite artists from around the world to join him on the BFR mission, as he would rather not go alone. He calls the project #dearMoon. The mission is set for 2023 and between 6-8 additional artists will be flown to the moon as long as they commit to creating something inspired by the mission when they get back.

The crew will spend a week in space in the half million mile round-trip. 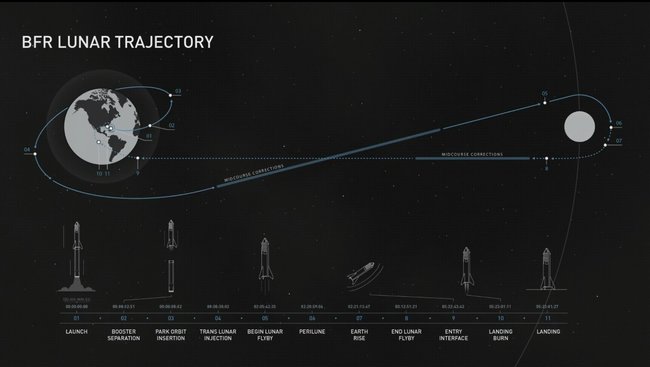 How much money Mr. Maezawa is not being disclosed, but Musk said it is a lot of money and is helping to pay for the development of BFR right now. He also praised Mr. Maezawa for being brave and for making an investment that will soon allow less well-off citizens to make similar trips. It should also be noted that artists invited to join will not have to pay anything.

SpaceX had previously planned to fly two tourists around the Moon using its Falcon Heavy rocket and a human-rated dragon. Musk seemed to confirm that Maezawa was one of those tourists. However, in the mean-time, the focus shifted to the development of the BFR and the BFR can carry more people and be more spacious than the human-rated dragon. The human-rated Dragon would be able the size of an SUV, which means the two would have been packed in that space for a week.

BFR can take 100 metric tons all the way to Mars thanks to refueling in low-Earth orbit. It is intended to be an interplanetary transport system that can go anywhere in the solar system long-term, once propellant refueling stations are built over time.

Maezawa has setup a website about the mission at: https://dearmoon.earth

Here are a pile of images from the conference showing different aspects of the BFR (click to enlarge).