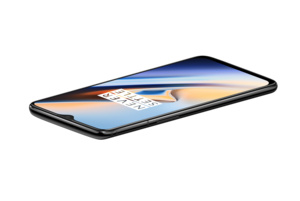 The one Chinese manufacturer that has managed to penetrate into the heavily protected U.S. smartphone market is OnePlus.
It took a few years but the formerly very niche player has become a force to be reckoned with in both Europe and now in America.

Viral marketing, competitive prices, and, above all, excellent devices have made a nerdy startup close to being a household name. There are a few steps to achieve that though, and one of them might be powerful partners and colleborations with influential brands.

Previously OnePlus has partnered with Star Warsa among others, and but this time about OnePlus is announcing a new partnership that is perfect for its most recent flagship's slogan: Unlock the Speed.

OnePlus has released a video on Twitter portraying McLaren's treasured history in pursuing speed in racing, and announcing the partnership.

The company will hold a product launch, and announce likely the OnePlus 6T McLaren Edition, in McLaren Technology Centre, Woking, UK on December 11.

To further explaing the partnership, OnePlus has released this note about the companies' stories:

Fearless Challengers
Ours is a history of speed. Envisioned by small teams with big ambitions, OnePlus and McLaren came out of nowhere to take their industries by storm. Since its founding in 1963, McLaren has left an indelible mark on Formula 1. OnePlus has emerged as one of the world's premier flagship smartphone brands, fueled by their devotion to Never Settle.


OnePlus and @McLarenF1. Forever in pursuit of speed. Experience the #SalutetoSpeed on December 11. https://t.co/inqbUCRYcK pic.twitter.com/Q7HGBqmZtw

Tweet
Tags: OnePlus OnePlus 6T
<This might be closest we get to eliminating The Notch >Facebook trials banning of words and emojis
Previous Next
Comments have been disabled for this article.