These were Google's most popular searches in 2018 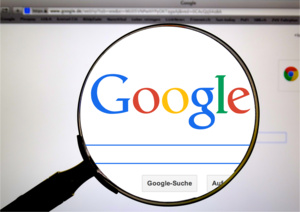 As the year closes to an end, Google has released their traditional list of top searches for the year. There's a clear trend, and it's a rather gloomy one.
Good news don't seem to be anywhere, so it is not a surprise that many of the top spots in Google searches were celebrities that died this year.

Whether it was the untimely death of a 28-year-old DJ Avicii, the suicide of troubled chef Anthony Bourdain or the unfortunate although more expected passing of a legendary Stan Lee, top ten was filled with demise.

Google, however, took the results to a different direction in their video "Year in Search 2018" where they did feature few of the celebrities that passed this year, including Stephen Hawking and Anthony Bourdain. The video is more hopeful and focuses on people searching for good things, which apparently they did more than ever.

The top spot was taken by World Cup, which was held in Russia this year, and the only other non-person taking a spot in top 10 was the movie Black Panther. News category included searches like Royal Wedding, Hurricane Florence, and Election Results.

You can find more about the top global searches here.

very year, Google Trends publishes its "Year in Search" to highlight the past years most popular Google searches. 2018s results have arrived, so lets dive in and see whats been trending.To not much surprise, 2018s most popular global search was the World Cup. Following that in second place was Avicii with Mac Miller, Stan Lee, and Black Panther following in third, fourth, and fifth places, respectively. Looking at the most popular global news, 2018 searches were dominated by the World Cup, Hurricane Florence, Mega Millions Result, Royal Wedding, and Election Results.