Apple renewed iMac lineup with up to 240% the performance 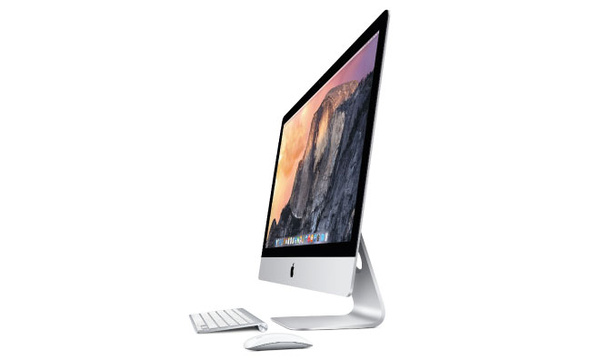 In addition to new iPad models, Apple has already this week revealed new iMacs. While iMac Pro was left untouched, both 4K and 5K models of the iMac got some improvements.
The first update in two years to regular iMacs comes with improved performance but same design. After such a long time you are rightly expecting a fair bump in computational prowess, and you'd be right.

According to Apple, the 21.5 inch 4K iMac improves performance up to 60 percent over its predecessor, while the 27 inch 5K iMac destroys the previous model with 2.4x (240%) the performance.

All new models start at 8 GB 2666MHz DDR4 memory, and feature a Fusion Drive except for the cheapest which has a traditional 1TB hard drive.

Apple is also still selling the 2017 21.5 inch model which costs $1,099.
Tweet
Tags: Apple iMac Apple iMac
<Apple unveils the new iPads: Here's what you need to know about iPad Air and iPad mini >Google's game streaming platform is called Stadia
Previous Next
Comments have been disabled for this article.