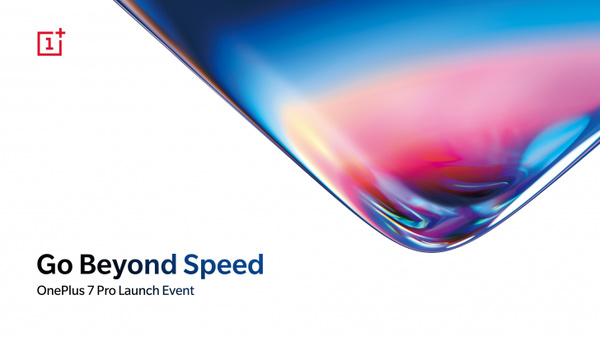 OnePlus has today officially announced that they'll be revealing their next generation of smartphones in New York next month. On May 14, the company is going to reveal for the first time a series of smartphones.
This OnePlus 7 Series includes of course the regular OnePlus 7 but also a first ever Pro version as well as a 5G variant for the OnePlus 7 Pro.

Unfortunately they didn't want to give us any specs or details of any of these devices. However, a new leak seems to provide us with quite a few interesting facts, especially about the Pro version.

According to a Twitter leaker @Samsung_News_, OnePlus 7 Pro has a new 90 Hz display with improved resolution. The 6.7 inch display increases the resolution from 1080p to 3120x1440p, and is likely to be another OnePlus' trademark Optic AMOLEDs.

Another big difference to its predecessor, the OnePlus 6T, is a new triple camera setup with a 48 MP f/1.6 default camera, 3x zoom camera as well as a 117° wide-angle camera. It's a very similar setup to Android flagships from the likes of Samsung and Huawei.

As expected, OnePlus will stick with Qualcomm and will use their highest end chip, Snadpragon 855. RAM options include 6, 8 and 12 GB but storage options only go to from 128 to 256 GB. Somewhat surprisingly there is no 512 GB option, according to the leaks.

Battery has been enlarged, thanks to the size of the phone, from 3700 to 4000mAh, and they've brought 30W Warp Charge from the OnePlus 6T McLaren Edition to the OnePlus 7 Pro. It'll come in three colors: Nebula Blue, Mirror Grey, and Almond.

At this point there's no way to confirm these leaks, so you should take them with a grain of salt. However, they do seem like something OnePlus is definitely capable of, maybe even a little on the safe side.

Fortunately we have to wait only another three weeks for the official announcement.