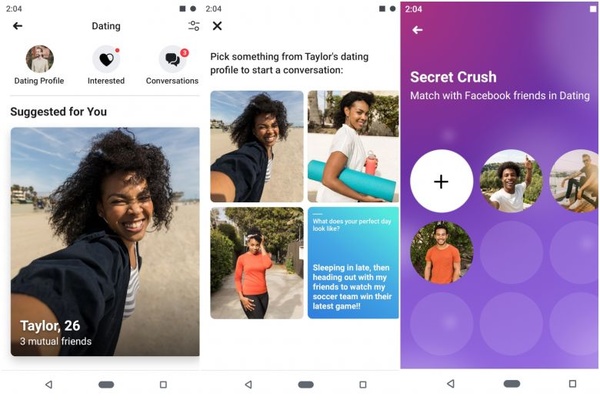 Facebook has launched a new dating service inside its flagship service. New Facebook Dating is easy to see as a direct competitor to the likes of Tinder.
Facebook Dating is available in the US and 19 other countries, including Brazil, Mexico, the Philippines, etc, but excluding Europe. European launch is set for early 2020.

As you might imagine, there's not much to the premise of the service. It is a dating feature, within Facebook's core app, with Facebook-enabled features. This means that it can do things like use interests set in Facebook to match people.

Rather obviously you can use Facebook photos in your profile.

Secret Crush feature allows you to show affection to a crush of yours. However, the secret is that it only lets the person know about the crush if it is reciprocated.

Even though the service is seen as a Tinder competitor, Facebook say that "Facebook Dating isn't about swiping or having to wait for someone to like you to get a first chance at reaching out."

Facebook Dating has previously been available to select markets.
Tweet
Tags: Facebook Dating Facebook dating apps Tinder
<Microsoft using 5G to power cloud gaming >Apple Music is now on the web
Previous Next Write a comment
Comments have been disabled for this article.