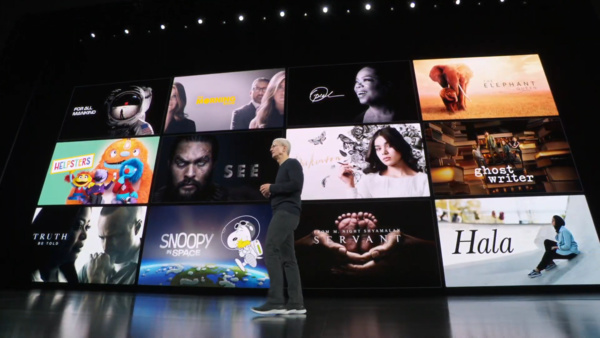 Apple first unveiled their streaming video platform early this years, and just a few weeks ago the company announced the pricing and availability alongside the introduction of new iPhones.
We even got to see the first trailer of an upcoming Apple exclusive show, See, but is there enough there to challenge the likes of Netflix, Amazon, and soon even Disney.

Well, so far the catalog of content for Apple TV+ hasn't been expanded too much, so the concern is certainly warranted. However, Apple has a different kind of strategy for the movies it produces.

According to sources close to the matter, Apple is going to first release the movies to theaters and only after a few weeks of screening would they come available on your Apple TV+ subscription, WSJ reports.

The information suggests that Apple is trying to elevate the brand, not so much raise money, and this requires theater screenings, which many of the influential and highly regarded creators and producers Apple wants to recruit want.

The theater exclusivity is said to last weeks, which is close to what Amazon has done. Most Amazon movies are released for theaters two weeks in advance, although some are given even a three-month long exclusivity.

Although price probably won't be a major issue for Apple, it remains to be seen whether this will increase the piracy surrounding Apple's feature films, and whether it affects how many will invest in their streaming service considering the lack of exclusive content in a time where couple more bucks a month gets you Marvel, Star Wars and more.